A cave dig in Indonesia has unearthed a unique collection of prehistoric ornaments and artworks that date back in some instances to at least 30,000 years ago. The site is thought to have been used by some of the world’s earliest cave artists.

New findings challenge the long-held view that hunter-gatherer communities in the Pleistocene (“ice age”) of south-east Asia were culturally impoverished.

They also imply that the spiritual lives of humans transformed as they encountered previously unknown species on the journey from Asia to Australia.

The human journey beyond Asia

Modern humans had colonised Australia by 50,000 years ago. It was a journey that required people crossing by boat from continental Eurasia into Wallacea, a vast swathe of island chains and atolls spanning the ocean gap between mainland Asia and Australia. 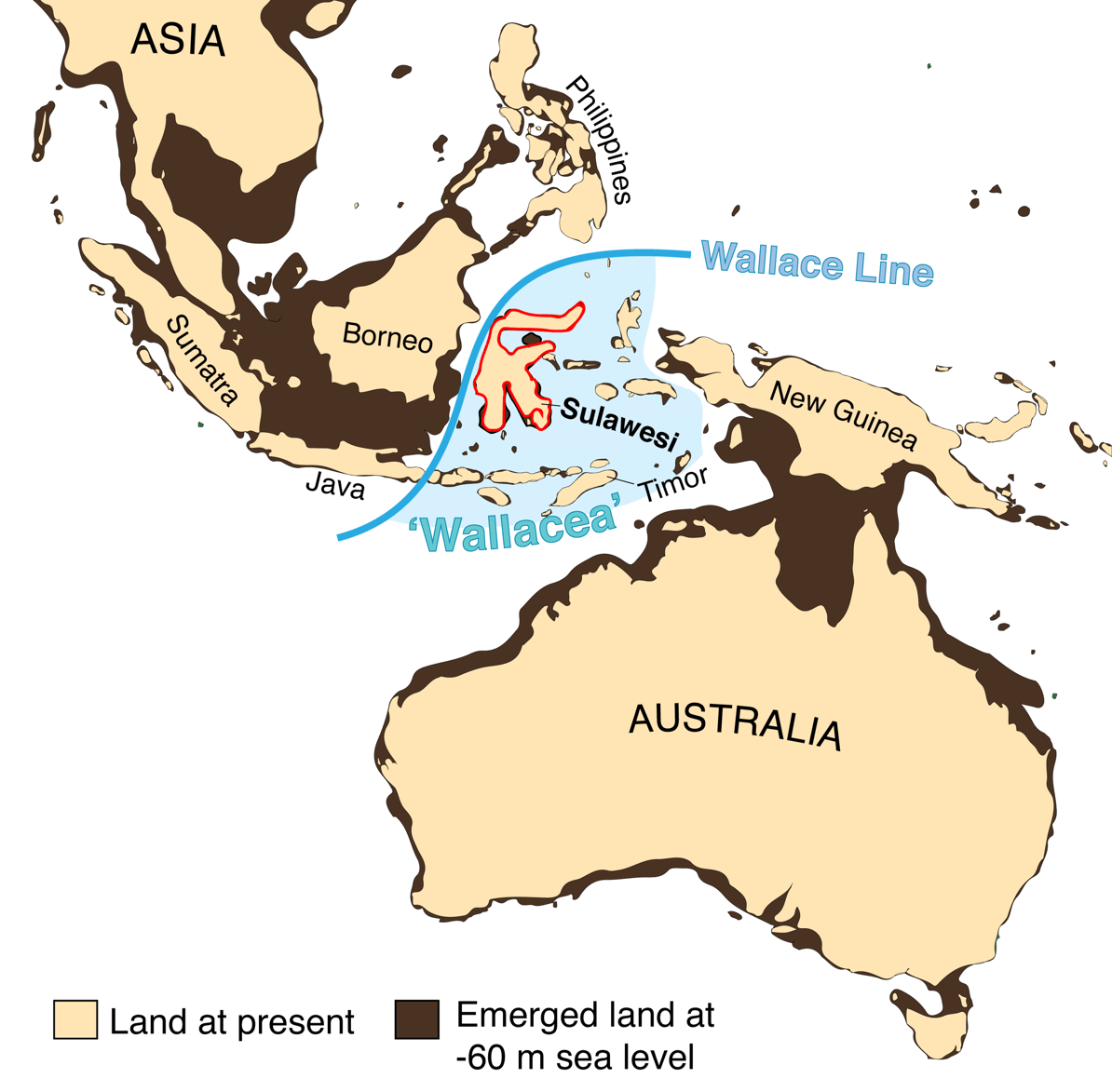 Early art and ornaments from Wallacea

Previous cave excavations in Timor-Leste have unearthed 42,000-year-old shells used as “jewellery”, as reported in 2016. In 2014 archaeologists announced that cave art from Sulawesi is among the oldest surviving on the planet.

At one cave, a depiction of a human hand is at least 40,000 years old. It was made by someone pressing their palm and fingers flat against the ceiling and spraying red paint around them.

Next to the hand stencil is a painting of a babirusa that was created at least 35,400 years ago.

These artworks are compatible in age with the spectacular cave paintings of rhinos, mammoths and other animals from France and Spain, a region long thought to be the birthplace of modern artistic culture.

Some prehistorians have even suggested that the presence of 40,000-year-old art in Indonesia means that rock art probably arose in Africa well before our species set foot in Europe, although an Asian origin is also conceivable.